When your co-workers demand that you be a pig

After a year working at Paradigma Digital, I think I can take stock of their particular way of working, with the critical view of the rookie but having been immersed in the ‘Paradigmatic culture’ long enough to be able to say that my co-workers, with the example they set every day, demand that I be a pig. 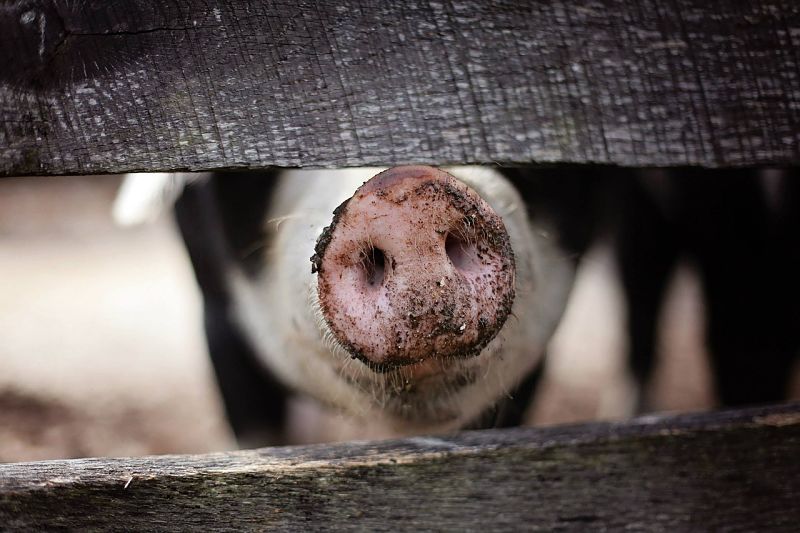 Just in case you do not know us yet, Paradigma Digital is the largest Spanish start-up providing digital transformation services. It has almost 500 employees with a very professional profile and great human quality and aspires to grow at a clip of 40% per annum.

Although selling technically attractive agile projects based on a trust-based model and flexible budgets is indeed complicated, Paradigma has earned a reputation that makes my sales job a lot easier.

The main challenge to reaching this growth target is finding and hiring talent at the necessary rate. In order for Paradigma to run smoothly, it needs emotionally mature people that know how to work as part of teams and with freedom; it is not as simple as just finding good technicians.

Paradigma fits a model of open, agile companies, which offers significant advantages over conventional organisations, which I have caricatured in the following diagram:

Conventional organisations usually have a rigid and fragmented structure where there are major knowledge gaps or silos and significant information transfer costs, particularly between a few individuals who plan things and a wide base of people that obey their orders.

The latter’s motivation basically boils down to their salary and the chance of being promoted if their bosses feel they follow the orders they receive down to the letter.

The vision that underlies this organizational design is that most workers are a bit incompetent and even dishonest, that they need to be overseen by an intermediate hierarchical structure whose main purposes are supervising employees, issuing reports and spreading action plans.

Depending on its evolutionary state, in this kind of conventional organisation there are different degrees of space and freedom for specific classes of the organisation in order for them to be able to manoeuvre and innovate.

For more information on this type of model, I recommend reading Reinventing Organizations by Frédéric Laloux. In his book, the organizations that here I call conventional would be of the orange and amber types. Laloux points out that the things these organisations have money and status in common as basic motivators.

I would emphasize four aspects that, taken together, make employees strongly identify with the company, be happier, be more motivated, and work harder:

I think this is very significant because values are not clearly proclaimed in Paradigma’s website – unlike what I have seen in the site of many a conventional company, which apart from boldly announcing them, cover their walls in boards that boast about values. At Paradigma values are lived and breathed without having to affix them to a wall.

The people that help Paradigma to grow with their hard work are the heart of the company, and the company acknowledges they are the main stakeholder. This is periodically highlighted by means of public recognition events – both financial and symbolic – and there are appreciation channels that help to create a great work environment.

Nevertheless, although public acknowledgements are great, the key for employees to experience this aspect as something real is the leaders’ consistency in their daily decision making and respect for people, one of the basic tenets of the company.

Below I have represented the open and agile organizational model. Compared to the diagram above – the inverted pyramid, I have used a cylindrical scheme, whereby there are no longer gaps among planning, execution and motivation.

These three aspects are joined thanks to the leadership style, self-sufficiency and the sense of purpose that is born in people when they can actively participate and they feel that their own personal values are aligned with the company’s moral values.

Another differentiating element that contributes to closing gaps and doing away with silos is instantaneous, synchronous communication among the people that are brought together around what they are producing as a team. Why not allow people who work toward a common goal to sit next to each other?

Sometimes it does not make sense to put people together for the simple reason that they have the same job or perform similar duties and belong to the same department. Grouping people in a results-orientated manner allows the costly transfers of information that take place and take up so much time during meetings in traditional companies to be prevented.

We have to prevent people from burning out, from filling their agendas with meetings without context or motivation and reducing them to being mere recipients of orders.

A clear symptom that there are silos in an organization is having people trapped in infighting among different departments, decision-making blocks due to power struggles, and even the erosion of the quality of the information received as a result of the so-called ‘Chinese whispers’ effect.

With the cylindrical shape of the diagram, as opposed to the pyramidal shape of the preceding diagram, I have attempted to show that the decision-making process is distributed and that the flow of information, participation and influence does not go from bottom to top, as in conventional organizations, but is circular. In his book The Open Organization, Jim Whitehurst calls this “bubbling up.”

In my opinion, this ‘Paradigmatic culture’ is the result of the seed that the company’s founders sowed from the very beginning based on their intuition, their leadership style and their personal values rather than a formalist approach. They were largely influenced by agile culture but also by their experience about what works and what does not when building digital products.

Why does such a promising company demand of me to be a pig?

Paradigma Digital has been around for over ten years. Its founders’ past experience in the world of the Internet goes back another ten years, that time when Google did not exist yet and almost all of us used Altavista.

The books I have mentioned are barely four years old. They empirically show that a different culture can be created by promoting the wellbeing of the people that work in a company. This initial seed has germinated thanks to being watered by the people who have worked at Paradigma and developed its values.

For many different reasons, it is not easy to evolve from a conventional to an agile model. For example, in a conventional organisation management has to renounce to exerting centralized, authoritarian power. And what is no less important, middle managers must change from being overseers and guarantors of the pyramid into mentors and motivators and get involved in getting the work done.

Renouncing to acquired power is a highly sophisticated exercise of emotional intelligence. Paradigma was born without this baggage, and thanks to this and to the experience gained by its founders, now it is in the position to help other organizations that want to evolve.

In turn, Paradigma does not cease to evolve. Once the initial seed of agile culture sprouts, an unstoppable inertia is generated, the company believes in its employees, fears that put the brakes on dynamism are dispelled, and people are given room to mature and, once they reach maturity, they keep pushing the company forward.

There is a well known story in the agile world where a pig and a chicken are walking down the road:

– ”Hey Pig, I was thinking that we could open a restaurant,” says the Chicken.

The Pig gets pensive and in the end does not accept the proposal:

– No thanks. I would be fully committed to the project whilst you only intend to collaborate.

The model contributes to its members seeing themselves as a family, helping each other and passionately defending their basic values, e.g. the idea of working as a team, having customer satisfaction as a priority and delivering digital products of quality regarding their usability and software.

There is no other way; before you even realize it, you are a laughing donor of bacon in a joint effort. One of Paradigma’s successes is that co-workers, with the example they set, demand it from you almost without noticing; it is not something imposed ‘from above’, it is something that is presumed.

In fact, management tries to create a good work atmosphere and to prevent an unhealthy amount of pressure from being heaped on people in order for them to stay motivated, which is the true driver of performance. This commitment results in customer satisfaction, and the model unquestionably works. 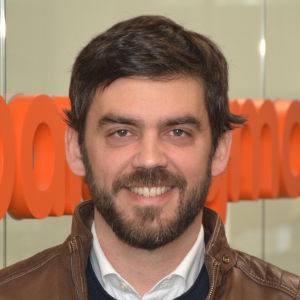