Machine Learning made easy: an introduction to PyTorch

Deep Learning with neural networks is currently one of the most promising branches of artificial intelligence. This innovative technology is commonly used in applications such as image recognition, voice recognition and machine translation, among others.

There are several options out there in terms of technologies and libraries, Tensorflow – developed by Google – being the most widespread nowadays.

However, today we are going to focus on PyTorch, an emerging alternative that is quickly gaining traction thanks to its ease of use and other advantages, such as its native ability to run on GPUs, which allows traditionally slow processes such as model training to be accelerated. It is Facebook’s main library for deep learning applications.

Its basic elements are tensors, which can be equated to vectors with one or several dimensions.

An Artificial Neural Network is a system of nodes that are interconnected in an orderly manner and arranged in layers and through which an input signal travels to produce an output. They receive this name because they aim to simply emulate the workings of the biological neural networks in animal brains.

They are made up of an input layer, one or more hidden layers and an output layer, and can be trained to ‘learn’ how to recognize certain patterns. This characteristic is what makes them be considered a part of ecosystem of technologies known as artificial intelligence.

ANNs are several decades old, but have attained great importance in recent years due to the increased availability of the large amounts of data and computing power that are required for them to be used to solve complex problems.

They have entailed a historical milestone in applications that have been traditionally refractory to classical, rule-based programming, such as image or voice recognition.

If we have the Anaconda environment installed, PyTorch is installed with the following command:

Otherwise, we can use pip as follows:

Example of an ANN

Let us look at a simple case of image sorting by deep learning using the well-known MNIST dataset, which contains images of handwritten numbers from 0 to 9.

In order to be able to use the dataset with PyTorch, it must be transformed into a tensor. To do this, we must define a T transformation that will be used in the loading process. We must also define a DataLoader, a Python generator object whose purpose is to provide images in batch_size groups of images at the same time.

Note: It is typical in neural network training to update the parameters every N inputs instead of every individual input. However, excessively increasing the group size could end up taking up too much RAM in the system.

Defining the topology of the ANN

Next, we need to decide what topology our network is going to have. An ANN consists of an input layer, one or more intermediate or, as they are commonly known, hidden layers, and an output layer.

The number of hidden layers, as well as the amount of neurons in them, depends on the complexity and the type of the problem. In this simple case, we are going to implement two hidden layers of 100 and 50 neurons respectively.

The class we must create is inherited from the nn.Module class. Additionally, we will need to initialize the methods of the superclass.

It has as many neurons as there is data in our samples. In this case, the inputs are images of 28×28 pixels showing the handwritten numbers. Therefore, our input layer will comprise 28×28 neurons.

It has as many possible outputs as there are classes in our data – 10 in this case (digits from 0 to 9). For every input, the output nodes will yield a value – the greater of which is identified with the detected output class.

This function defines the output of a node according to an input or a set of inputs. In this case, we will use the simple ReLU (Rectified Linear Unit) function:

This function defines how the calculations will be performed from the input data, which will go through the different layers, to the output. It starts by flattening the input from a two-dimensional 28×28-pixel tensor to a one-dimensional tensor of 784 values that are transferred to the input layer using the view function.

These values will be then propagated to the hidden layers by means of the activation function and, finally, to the output layer, which will return the result.

In order to successfully train our network, we need to define some parameters.

First we will instantiate an object of the previously defined class, which is termed a classifier. Apart from that, we will need:

We will use this function to optimize the parameters; their value will be minimized during the network training phase. There are many loss functions available for PyTorch. In this case, we will use cross entropy loss, which is recommended for multiclass classification situations such as the one we are discussing in this post.

This object receives the model and learning rate parameters and iteratively updates them according to the gradient of the loss function during the training of the network. In this case, we have used an Adam algorithm, although others can be used as well.

Epoch sets the number of times the dataset will be passed through the ANN for training purposes. This practice is a typical convention in the training of deep learning systems. The other parameters will be used to store and subsequently display the results.

Training will takes place the number of times that is set in the epochs variable, which is reflected in the outer loop. The following steps will be then carried out:

Now we are ready to see the outcome of our training! To this end, we will use the matplotlib library. Since we saved the iterations and the loss, we just have to plot them in a graph to have an idea of how much progress our ANN has made.

It can be seen in the graph above how the classification error has decreased as the ANN has been trained.

There are several – both free and proprietary – options out there for programming ANNs. Although Google’s TensorFlow is still the undisputed market leader, little by little interesting alternatives are emerging that might add value to the ecosystem due to having native compatibilities, their ease of use, and so on. 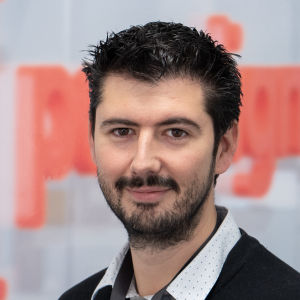 From Lambda to Kappa: evolution of Big Data architectures

Conductor, the newest tool from Netflix for orchestration of...