If you think design is expensive, try not designing at all

You probably are familiar with this wonderful quote: “If you think education is expensive, try ignorance”. And it is not even from Abraham Lincoln’s! Apparently Derek Bok, a President of Harvard University, said it.

If we had to explain why education is important, we would not lack in arguments, but surely they would lead to a long discussion with philosophical connotations about progress and rights. Bok’s phrase is brilliant because it quickly synthesizes a complex concept by means of a brutal contraposition of ideas.

The same happens with design. There is no shortage of arguments to defend how bringing in – good – designers can help your business, but it can take a long time to explain it, with messages that are probably too dense and specialized.

That is why I have tried to emulate Bok, but since my feeble copy will not be enough to convince you, I am going to redouble my efforts and give you three examples where poor design – not only graphic design but also at different levels of impact – has cost a lot. 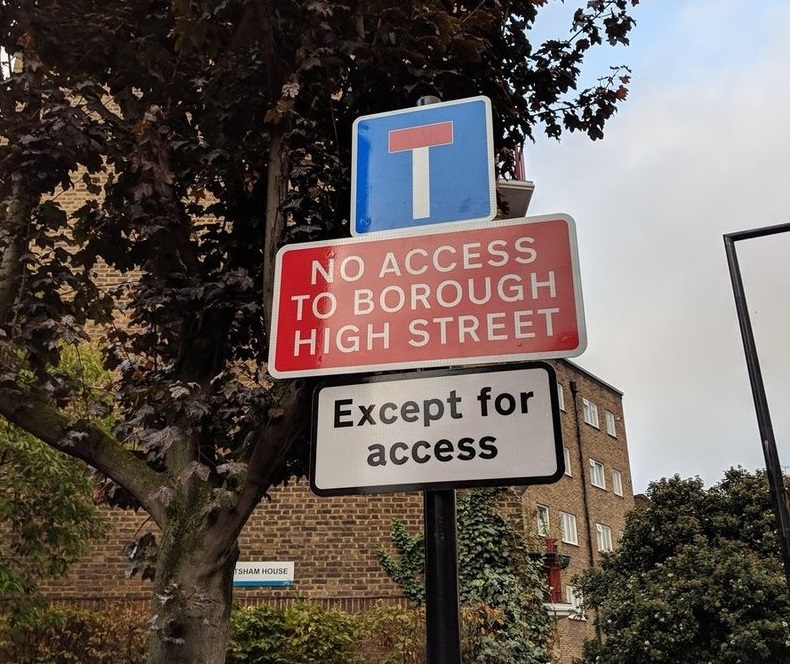 At the 89th Academy Awards ceremony there was an unprecedented event. Commentators have pored over it, and you surely know all about it: Faye Dunaway and Warren Beatty, who were presenting the award for best film of the year, mistakenly received an envelope holding a card with the name of best lead actress.

After their initial confusion at seeing what was written on the card, they erroneously assumed that the actor’s name had been printed by mistake but that the name of the film which appeared underneath was indeed the winner. Finally, they chose to read the name of the film, thus giving rise to a moment of folly that has already gone down in the history of entertainment.

The Academy’s logo appeared prominently at the top of the card, which is absolutely irrelevant to presenters. The winner of the award and the film in which she acted appeared below with the same font size and typography. At the bottom, the most important thing: the category in question.

As can be seen in the image below, the minimum alterations that should have been made would have been to put the award category at the top, then, unequivocally, the name of the winning artist and finally – and optionally – the logo of the event. 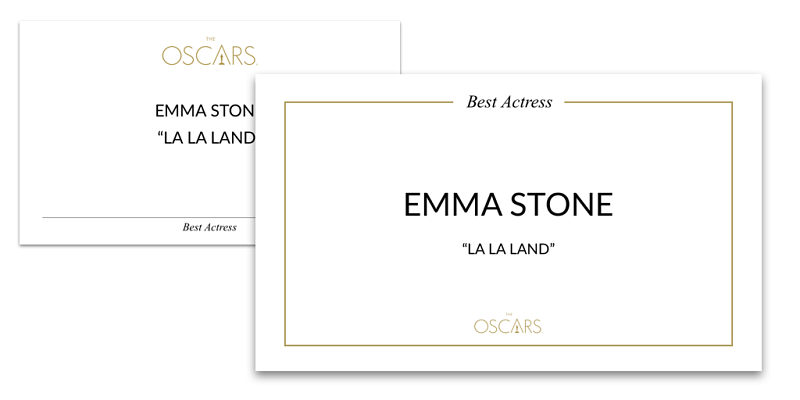 Before (left) and after. One of the suggestions for improvement that were made (credits)

Besides the design of the process that governed the handling of envelopes (the main cause of the error), a good graphic design of the cards would have made the mistake stand out to the readers and the ensuing great embarrassment would have been averted.

The scandal at the Oscars 2017 embarrassed the Academy and almost ruined its prestige and put an end to 83 years of relationship with PwC.

Bonus track: In case you do know about it, the way an incomprehensible ballot design changed US history in 2000 is also legendary.

An important US retailer hired Jared Spool’s team to review the usability of its e-commerce user interface: the arrangement of fields, contrasts, the visibility of the call to action, etc. Also to study the high rate of basket abandonment at the last step, where customers were asked to identify themselves to complete the purchase.

Nothing was particularly badly designed in this last step, but after holding several interviews with users and collecting data, they obtained – among others – the following pearls of precious information:

The team in charge decided to just meet the demand of users by adding a simple but revolutionary “Continue” button that allowed them to proceed to checkout without having to sign up or log in.

And although it may now seem absurd (since this would require customers to enter their shipping address and other data for each purchase), this was users preferred, particularly back then.

As Spool stated in 2009 in his famous article “The $300 Million Button,” this change in the purchase flow increased the revenue of this e-store by 300 million dollars a year.

This had nothing to do with visual design or usability. A proper quantitative and qualitative research into product design processes helped to think “outside the box” and thus trigger the transformation of an apparently correct and fixed purchase flow.

Surprisingly, despite the huge impact this strategy had and its having been accepted as a good practice, today many e-stores still require customers to either sign up or log in to complete their purchases.

In 2017, Dr David Dao was waiting in his seat for his United Airlines flight to take off when it was announced that four passengers would had to step off the plane as a result of overbooking issues.

Three passengers did so on their own accord, after accepting United Airlines’ financial offer, but one more needed to vacate their seat. When the doctor was chosen by lot to leave the plane, he outright refused to do so, so he ended up being violently dragged out by airport security. 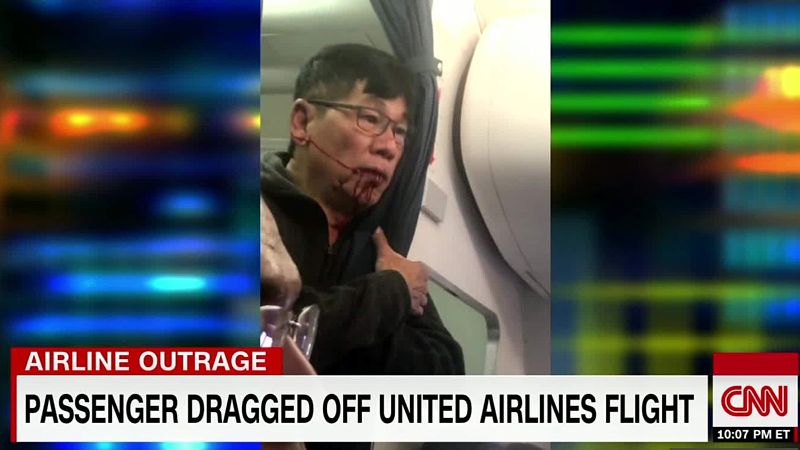 The video of the incident made the headlines of social and traditional media all over the world, causing enormous reputational damage to the world’s third biggest airline. The company’s elusive first reactions cost the CEO his job a few months later, and nearly $1 billion were written off its market value in just two days.

Several design tools aimed at correctly defining business processes and customer journeys could surely have helped United Airlines to know the needs and concerns of people in similar situations, thus turning the – technically legal – dreadful process of “relocation” into a fair, viable alternative.

Design is sometimes too big a word. It is hard to explain to people that design as a discipline goes far beyond screen design and even user experience design.

It encompasses a series of methods ranging from the strategic to the tactical aimed at improving products, processes and services that have an impact on people’s lives.

On certain occasion Charles Eames was asked: —Mr Eames, where are the frontiers of design? To which he answered: Where are the limits of problems?

I’m not the first one to do this kind of reflection. Someone said this in 2013… 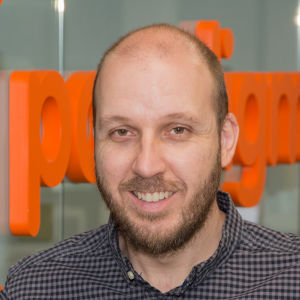 I am head of Customer & User Experience at Paradigma Digital where I subtly try to manipulate everyone with the admirable goal of designing useful, engaging and profitable services. Over the years I've had a bit of experience in front-end and a lot in design (in the widest sense of the word) from small agencies to big media, where I was talkative, annoying and meticulous enough to end up defining and designing digital products.

Please, stand down from that digital directors’ seat

The most common mistakes when designing digital products

How to integrate strategy, product design and analytics into...